Jackson Healthcare Chairman & CEO and goBeyondProfit Founders, Richard L. Jackson, and President, Shane Jackson, have long shared the belief that businesses can and should be a force for good in the world.

According to Rick, this journey has profoundly impacted the Jacksons, as well. “In addition to ensuring our business success, I have become convinced that giving back to others results in substantial benefits to our companies, in addition to the rewards of improving lives”.

goBeyondProfit was launched in December 2017.

For the past 41 years, Jackson has been instrumental in conceptualizing and developing more than 25 healthcare companies. His ownership and operation of staffing companies, surgery centers, practice management companies, clinics and hospitals have endowed him with the depth and breadth required to thrive in the ever-changing healthcare environment.

As a former foster child, he is driven by a personal mission to inject hope and opportunity into the lives of underserved children, Jackson actively supports numerous local and international charitable organizations. He is a co-founder of FaithBridge Foster Care and serves as its Chairman. Jackson founded goBeyondProfit, a first-of-its-kind business leader-to-leader initiative to make giving back the norm in Georgia.

Jackson and his wife reside in Atlanta, Georgia.

Shane Jackson is president of Jackson Healthcare, a family of 17 companies and 1,300 associates specializing in temporary and permanent healthcare staffing.

Since taking the role in 2013, Jackson has consistently led the nearly $1 billion private enterprise to more than double the industry’s annual growth rate.

Jackson has also served as president of LocumTenens.com, Patient Placement Systems and NextStart Capital. He has been named among the 100 most influential people in the staffing industry by Staffing Industry Analysts and as one of the most accomplished young business leaders in Atlanta by the Atlanta Business Chronicle.

He is a primary guiding force for Jackson Healthcare’s mission of improving the delivery of patient care and the lives of everyone it touches. Jackson champions the company’s community impact program, LoveLifts, which supports access to healthcare and the wellbeing of disadvantaged children.

In 2016, Jackson spearheaded the launch of a non-profit venture within the Jackson Healthcare family. Connecting Kids with Care™ connects volunteer doctors and nurses to thousands of global orphans with free, tech-enabled healthcare.

Jackson is an advocate for the power of business leaders as a positive force for people and the community. He speaks and writes on the topic, and has authored a book, “Fostering Culture,” on intentionally nurturing a values-led culture.

Frank Blake served as Chairman and CEO of The Home Depot from January 2007 through November 2014, and then as chairman through January 2015. Frank joined The Home Depot in 2002 as executive vice president, business development and corporate operations.

Frank previously served as deputy secretary for the U.S. Department of Energy. Prior to that, he served in a variety of executive roles at General Electric, including senior vice president, Corporate Business Development.

Frank serves on the board of directors for the Georgia Aquarium, Proctor & Gamble, Macy’s, and is currently serving as Chairman of the Delta and Grady Hospital boards. Additionally, he sits on the Board of Trustees at Agnes Scott College.  He holds a bachelor’s degree from Harvard University and a jurisprudence degree from Columbia University School of Law.

Charles R. Evans is President of the International Health Services Group (IHSG) and Senior Advisor at Jackson Healthcare.  IHSG is a social enterprise he founded in 2007 to support health services development in underserved areas of the world.  It is the mission of IHSG to work with established organizations to supplement their capabilities in healthcare management and development as they work to achieve their broader missions.  Current projects are located in Sub-Saharan Africa and Latin America.  IHSG also founded and supports the Leadership Corps for management capacity building.  Finally, IHSG is active in encouraging international hospital partnerships between US hospitals and hospitals in economically developing countries.

In 2012, he attained the Board Leadership Fellow credential of the National Association of Corporate Directors. He is a Fellow in the American College of Healthcare Executives (ACHE); served as a Governor of the College from 2004 – 2007; Chairman Officer from 2008 – 2011; and was the recipient of the 2014 ACHE Gold Medal Award – the highest honor the organization bestows.  He currently serves as Special Advisor to ACHE on International Affairs.

Eric Tanenblatt is the chair of Dentons’ US Public Policy practice and a leader of the global Government sector team and global Public Policy and Regulation practice, focusing on governmental affairs at the federal, state and local levels. For years he has been at the forefront of dramatic government activities at all levels serving under three Presidents, a US Senator and a Governor.

A prominent advocate for civic engagement, Mr. Tanenblatt was nominated by President George W. Bush and confirmed by the US Senate to serve on the Board of Directors of the Corporation for National and Community Service where he served from 2008-2013. He was also the founder and Chairman of Hands on Georgia, a statewide organization to promote volunteerism, and served as Co-Chair of the Host Committee for the National Conference for Service and Volunteerism held in Atlanta in 2008.

Megan McCamey serves as the President of goBeyondProfit. She brings 20+ years of experience building social ventures and corporate social responsibility programs. As a C-Suite advisor, she partners with leadership to find strategic focus and then executes innovative programs.

Prior to launching goBeyondProfit she guided Dentons, LLP on a post-merger philanthropic and corporate responsibility platform as well as advising the founders of GreenPrint through the start-up phase. Previously, she developed and led the philanthropic and community strategy for McKenna Long & Aldridge and their US offices. Earlier in her career, she acted as Senior Advisor to the CEO for Points of Light and founded the Civic Incubator where she led innovation for civic activation through social enterprise, mergers, acquisitions and joint ventures.

Tyler Jacobs serves as the Senior Marketing Advisor of goBeyondProfit. He brings his digital marketing experience to the organization to influence, inspire, inform and increase corporate members of goBeyondProfit. In his role, he thinks holistically about how goBeyondProfit’s strategy is executed across all digital channels.

Prior to joining goBeyondProfit, he spent nearly a decade working in politics and public policy, bringing years of Capitol Hill experience as well as issue advocacy and campaign experience to our digital efforts. Previously, he was Vice President of Digital Management at the Stoneridge Group, overseeing a range of clients including political campaigns, non-profits and corporations in Georgia and across the country.

She is the founder of TreeHouse Counsel which helps diverse businesses with strategic communications for their reputation, retention and competitive opportunities. She is a PR agency veteran including 14 years with Edelman, where she led campaigns for brands including UPS, Walmart and Southern Company, stewarded best practices across the Americas, and helped activate the Edelman Trust Barometer. She serves on the Boards of Conscious Capitalism Atlanta, Georgia Center for Nonprofits and the Inspire Foundation. 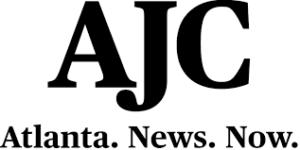 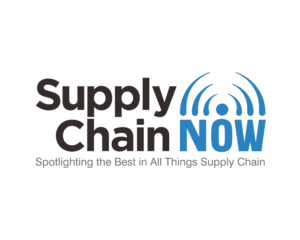